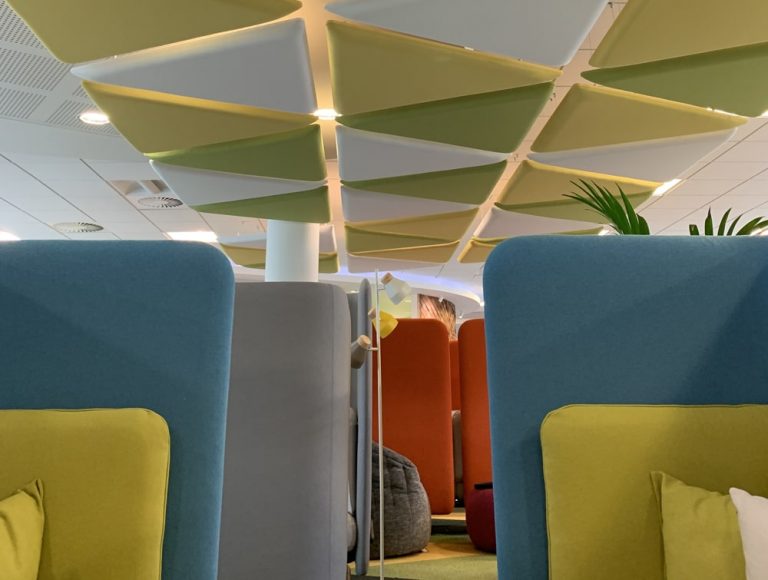 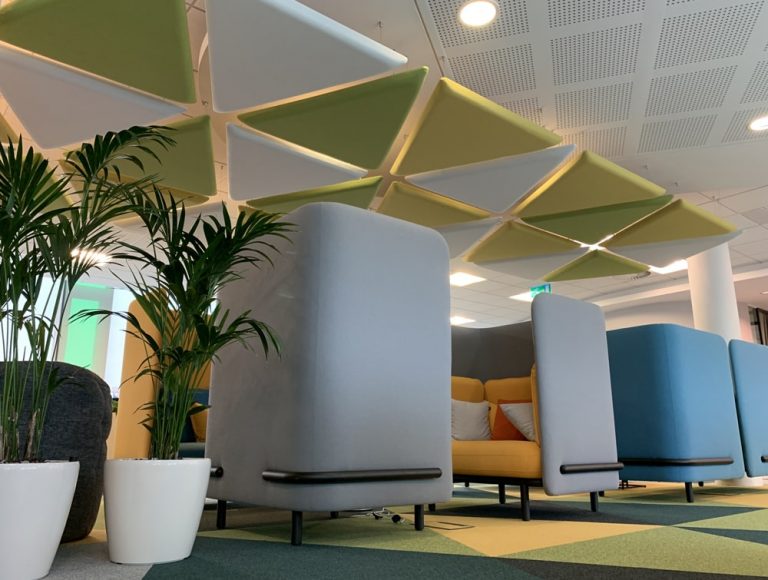 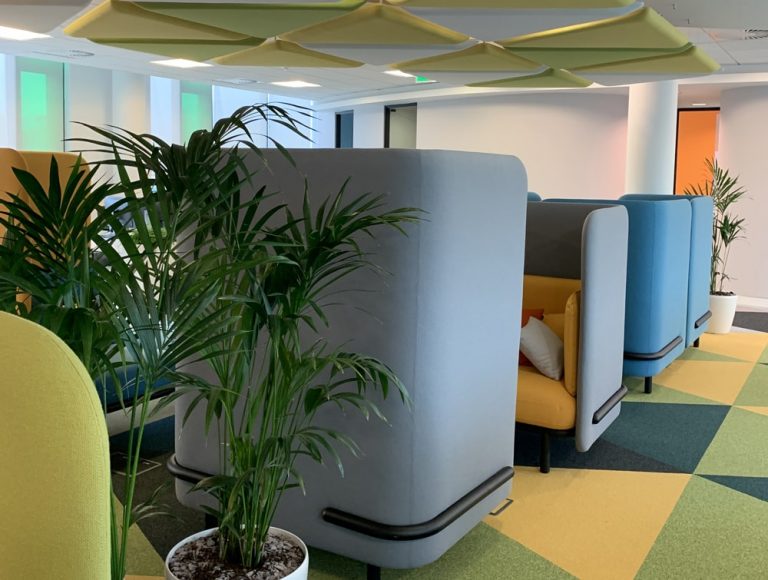 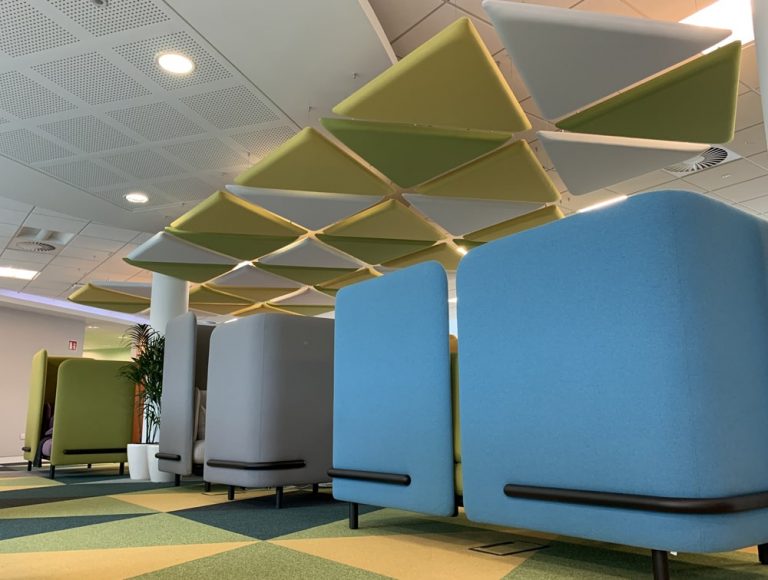 As one of the top three gaming companies in the world, Playrix aims to inspire rather than manage its employees. Their attitude to workplace freedom has created a flexible work environment and an office space where people are inspired to create and aren’t afraid to make mistakes.

The company, which focuses on social-style online games, opened its headquarters in Dublin in 2012 and has since seen a wave of developers relocating to Ireland. Their office space is fun and quirky and they are constantly evolving and adding.

We were delighted to partner with Playrix in adding acoustic panels and signage to their Dublin office to complete the vision they had in mind. They had a clear idea of the triangular design and colours they wanted to match their branding. We worked together to source fabrics that would match their branding perfectly and it really paid off, the panels are a funky addition to the space but also reduce the reverberation and improves the acoustics in the space.

Do you have a fit out project to discuss? Please get in touch with us